As Google begins selling advertising on Google Maps (used by one billion people), its property Waze (used by a mere 115 million people) is looking to monetize through ad opportunities targeting consumers on-the-go.

Instead of understanding where customers are, Waze aims to show marketers where its users are headed with tracking in real-time “to better anticipate their needs and influence their decision-making,” reports Mobile Marketer.

Related: Google Flips the Switch on Its Next Big Money Maker: Maps – AdAge

CrowdRiff’s Dan Holowack says a blend of UGC and owned professional content is the definition of a media hub that contains the best, brightest, and newest assets. And, of course, it needs to be mobile first.

Squarely positioned at the intersection of big data, user-generated content (UGC) and marketing automation., CrowdRiff is a trendsetter.

Listen to the co-founder and CEO of CrowdRiff describe—in 52 seconds—what a modern DMO media hub should look like. Here’s the video clip. 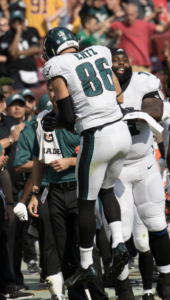 n London, a record 85,870 fans came out for American football at Wembley Stadium on October 28th for the Philadelphia Eagles vs. Jacksonville Jaguars. Visit Philly‘s centerpiece 15-second “Frankly Philadelphia” ad on the stadium Jumbotron kicked off geo-targeted digital ad campaigns in the UK this autumn on the NFL’s Sky Sports UK website and Expedia, designed to generate bookings. The ad will run a total of 34 times and reach 8 million viewers. Activations included contests for trips with partners O2 mobile provider, The Telegraph, and American Airlines. Read more here.

Like West Virginia Tourism in partnership with “Fallout 76” game developers, (See The Travel Vertical, 11/16/2018), VisitBritain will promote UK tourism in China via a partnership with Tencent. A popular 3D racing game,“QQ Speed,” will incorporate UK castles and landmarks to inspire players, while the main virtual character of the game, Little Mandarin, was appointed a goodwill ambassador for VisitBritain. Read more here.

VisitLEX has unveiled a new app that uses augmented reality to create an interactive walking tour and scavenger hunt with 10 stops through downtown. Murals come to life, history is shared, and visitors can win rewards. Gamifi by Fusioncorp, a Lexington-based technology company, developed The VisitLEX Experience for the DMO. Read more here. 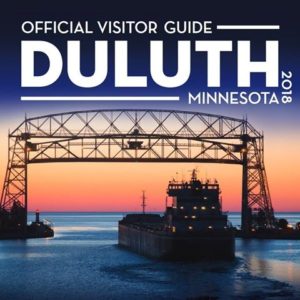 Visit Duluth has announced its intentions to partner with Arrivalist in a new initiative for the DMO to make the most of its $2.7 million budget. Read more here.

At the Canadian Marketing Association’s 2018 Award Gala, 500-plus entries from a wide range of verticals saw travel and tourism emerge with the “Best of the Best” prize. PFLAG Canada was recognized for their remarkably clever “Destination Pride” digitally-driven campaign (See The Travel Vertical, 6/24/2018). This follows 19 wins, including three gold, at Cannes Lions Festival of Creativity for the Toronto-based creative team at agency FCB/Six. Read more here.

GoUSA TV, launched by Brand USA in February (See The Travel Vertical, 2/13/2018), is now available as an app. There are no subscription, fees, or logins required, available on iOS, Android, Roku, Apple TV and Amazon Fire TV. Partnerships to bring more smartphone content are being developed. Read more here. 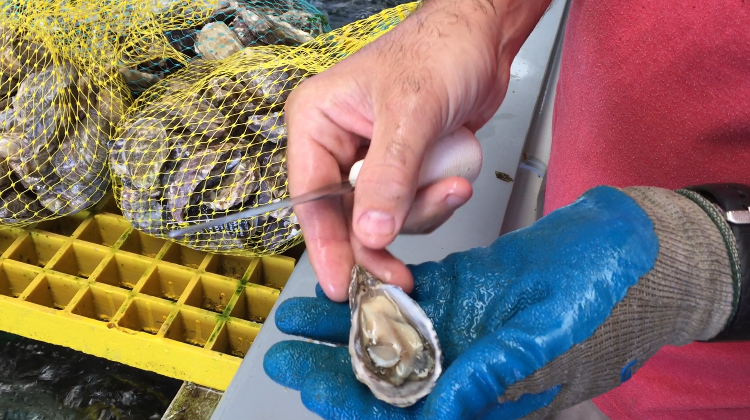 Raw and unpolished is preferred. The Guardian’s five-person social media team shares their findings…and you can save money by following the tip.

Numbers indicate that unpolished footage works even better than heavily produced videos with scripts and shot in a studio. Conclusion: That extra effort has no pay-off. (And, by the way, Instagram tops Facebook engagement for both the Guardian and Financial Times.)

Quick explainer stories of about 15 slides with young, diverse presenters do particularly well. The average completion rate for these explainers is 45 percent. In the last four months the publisher’s main Instagram account has grown from 860,000 to 1 million followers.

Sounds good? Check it out here.

Use FOOD! TwoSix Digital is putting their money where their mouth is, sharing the new and original…10 Golden Rules of DMO Food Promotion for Mobile!

Sure, there are some useful camera tips. And there’s more. For example, how are you teaching your partners to help tell the destination story via the stomach?

To enhance your mouthwatering marketing and delectable digital content, get some really good tips right here.