Justin Sun, 29, founder and CEO of Tron (cryptocurrency platform) and CEO of BitTorrent, spent $4.5 million to have lunch with Berkshire Hathaway chairman and famous billionaire, Warren Buffett, 89. According to Sun, Buffett is still skeptical about cryptocurrencies but sees great potential in blockchain technology. Sun won a charity auction benefitting the San Francisco-based nonprofit GLIDE Foundation on eBay last June when he made the highest-ever bid in the 20-year history of this fundraiser.

If you had a new U.S. airline, what would you call it? And the tag line? Such were the decisions to be made by David Neeleman, founder of JetBlue. Actually, he didn’t consider it a biggie.

He is quoted in Skift, “I honestly don’t really care. I really care about if we give good customer service and the plane is on time and people are happy with their flights.” The chronic airline entrepreneur has settled on Breeze Airways, The World’s Nicest Airline. Breeze will operate older, used 120-seat Embraer E195 equipment on routes with little or no competition. No route announcements as yet but mentions have been made of destinations such as Idaho Falls, Idaho; Gary, Indiana; New Haven, Connecticut; and Providence, Rhode Island.

In response to recent seismic activity, Discover Puerto Rico has rolled out a new campaign, #GoForPuertoRico, to communicate local resilience and remind that tourism is critical for recovery. The latest campaign builds on the DMO’s “Have We Met Yet?,” which re-introduced the Island to the world in April 2019. “The campaign launched across digital banners, social and pre-roll in key markets and in over-the-top TV, the first since the DMO’s inception,” said Leah Chandler, CMO. Read more here.

On the giant digital screens in Times Square, Visit Philadephia kicked off a 12-month campaign focused on women visitors, riffing their moniker as the “City of Brotherly Love.” The DMO revealed “City of Sisterly Love” to strategically target female travelers and invite them to travel, with the other women in their lives, to Greater Philadelphia. On January 30, Philadelphia City Council issued a resolution that changed the city’s nickname from “The City of Brotherly Love” to “The City of Sisterly Love” for 2020. Further initiatives will follow throughout the year. The kickoff campaign creative, in partnership with Clear Channel Outdoor was simultaneously broadcast to 800 hotel and travel professionals at The Met in Philadelphia.

U.S. Travel Association President and CEO Roger Dow laid out an ambitious 10-year agenda for the nation’s industry in a State of the Travel Industry address on Feb. 5, 2020. Covering topics ranging from trade and security to sustainability, he also addressed America’s loss in international market share, which could slip to 11% in 2020, a full percentage point lower than three years prior. Dow also mentioned the significance of the seven-year-long reauthorization of funding for Brand USA, which occurred in December. Read the full remarks here.

Richard Branson’s cruise line, Virgin Voyages, is taking their sustainability ethos one step further by having guests use bracelets made from recycled ocean plastic in place of key cards. The bands are made in partnership with an engineering company, BIONIC Yarn, each one made from material that includes six grams of marine and coastal plastic, equal to half of a plastic water bottle. From her home port in Miami, the new ship, Scarlet Lady, has her maiden voyage on April 1.

Instagram revenue was around $20 billion in 2019, sources told Bloomberg News. That’s more than a quarter of Facebook‘s sales and that also beats YouTube‘s $15 billion reported last week in The Travel Vertical news roundup. What a steal… Acquired by Facebook in 2012 for $715 million, Instagram had no advertising model at that time.

Google Maps turned 15 and got itself a birthday gift—a big update for Android and iOS. There are five easy-to-access tabs: Explore, Commute, Saved, Contribute and Updates. If you want to appreciate what the app is capable of doing, check out this new only-in-Japan feature: “Number of carriages available: In Japan only, you can pick a route based on the number of carriages so that it increases your chances of getting a seat.”

Apple also announced deployment of its new and improved maps software in the U.S. Users of the iPhone app now see more detailed roads, buildings, parks and other landmarks. Other new features include a “look around” mode, which appears as a binoculars icon that enables users to explore 360-degree streetscapes, similar to Google Maps’ Street View, in places including New York City, San Francisco and Los Angeles. Apple said it invested “billions of dollars in Apple Maps” including having its mappings cars drive over 4 million miles.

Global head of product Ryan Roslansky will take over as CEO of LinkedIn as Jeff Weiner, becomes executive chairman, effective June 1. Since Weiner joined in 2008, LinkedIn has expanded its membership from 33 million to nearly 675 million, with revenue rising from $78 million to more than $7.5 billion in the trailing twelve months. LinkedIn was acquired by Microsoft in 2016. Roslansky will serve on Microsoft’s senior leadership team and report to CEO Satya Nadella.

Airbnb has hired a 15-year Disney veteran, Catherine Powell, to lead Airbnb’s Experiences division, which offers tours and other activities for guests. Airbnb launched Experiences in 2016 to diversify beyond its core offering of accommodations and capture more of the travel economy.

Alison Best has been named as business development director for the Northstar Travel Group, publisher of the Travel Weekly family of travel trade publications. A veteran of the travel and tourism industry, Best has previously held executive positions at Destinations International, as president and CEO of Visit Oakland and as senior vice president, business development at Santa Monica Convention & Visitors Bureau.

Congrats to Cory Lee, blogger, on his journey to Antarctica, meeting his lifetime goal of traveling to all seven continents (and 36 countries so far) by the age of 30, no less.

“Curbfree With Cory Lee” chronicles his worldwide explorations in a wheelchair. Cory is a Webby Award-winning travel writer, an SATW Lowell Thomas Award winner, and the New Mobility Magazine “Person of the Year.” Follow him, along with 12.2K others, on Instagram.

There’s a low tech solution to chasing langur monkeys off the airport runway at Sardar Vallabhai Patel International Airport in Ahmedabad, India. Solution: Dress an airport employee in a bear suit to run after them to scare them off. Airport Director Manoj Gangal told Indian media that the new technique has been a “good and successful experiment.” 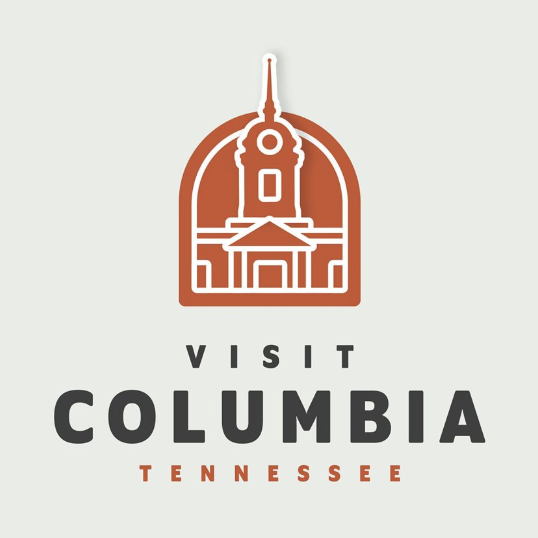 Visit Columbia TN has launched a new tourism website designed by Simpleview, along with a new visitor’s guide. The branding initiative features a locally-designed logo of the courthouse. The tagline, “A Classic Southern Town with a Kick” pays homage to the city’s Mule Day tradition and the Muletown theme that has woven its way into the fabric of Columbia.

Columbia Tourism and Marketing Director Kellye Murphy said the project was the result of a marketing and branding study conducted last year by Franklin-based Chandlerthinks. The study concluded that the downtown square is Columbia’s largest economic attraction for tourism, yet its potential is largely untapped.

“Now that we have all of these foundation marketing tools in place, we can really begin to market Columbia as a destination for visitors,” Murphy told The Daily Herald. “We will continue to work on digital advertising, billboard advertising and so much more.” The two-pronged effort is targeted to both visitors and locals.

Columbia is 45 miles south of Nashville, Tennessee and 75 miles north of Huntsville, Alabama. There are also plans for a new visitor’s center just off the historic downtown square.

Tennessee Tourism has redefined personalization. The state’s digital campaign targeted at potential travelers is “Amazon-like” in its on-the-fly sophistication to a level that no other destination has tackled. Most haven’t even thought of trying.

eTourism Summit talked to Brian Wagner, assistant commissioner of marketing for the Tennessee Department of Tourist Development about the innovative digital promotion that took home silver and bronze from the 63rd Annual Cannes International Festival of Creativity in Cannes, France in June. [Something Brief, 7/11/2016].

At eTourism Summit in October, attendees will meet Brian and his creative agency, VML, to find out how they did it. They’ll share the backstory on a digital campaign that catapulted Tennessee tourism’s award-winning one-minute vacation video in 2015 to a heretofore unfathomable creative-digital level for a DMO.

Co-op partners is what Brian is referring to when he says, “You have to have that to do something like this.”

What: The award-winning Tennessee Vacation Matchmaker summer campaign of 2016 was focused on Tennessee as a drive destination for residents of neighboring states.

How: This 2-minute video explains how the groundbreaking Tennessee video customization is designed to work. Click here.