Justin Bresler, VP Marketing & Business Development at Visit Denver, writes: “Guys, we did a thing here! Introducing Coming Soon: Denver. Over the next several weeks, new ‘episodes’ will come out about all the many projects around the city, from the airport to the 16th St. Mall, Convention Center to cool new attractions like Meow Wolf. Check out the teaser trailer! Your next binge watch is here! With multiple projects and billions of dollars of renovations, tune in to what’s coming soon in The Mile High City.”

Washington Post & Bloomberg News — American Airlines is doing a pandemic pivot, launching a new wine subscription service as their diminished bookings and in-flight service created a surplus of onboard wines. American is looking to generate $40,000 in sales through the wine program this quarter. Wines start at $13 and there’s a monthly subscription available at $100 with buyers earning frequent flyer miles. Other airlines are getting creative to make ends meet, selling branded PJs, blankets, in-flight meals, deluxe nuts mix, and even fully stocked rolling bar carts.

Zagat — New York City Restaurant Week is bigger than even though many restaurants are closed. Famous chefs such as José Andrés, Daniel Boulud, and Danny Meyer are doing meals for $20.21. More than 500 restaurants have signed up—200 more than the prior record—which also includes just about every major restaurant still open for business…Many of the top-name restaurants, to the extent that they have any ability to do takeout or delivery, are doing so. Exceeding the value of $20.21 is key to the effort.

The Hollywood Reporter — No more permits needed in the parks. In a huge win for filmmakers and videographers, a federal judge in D.C. has ruled that it’s unconstitutional under the First Amendment for the National Park Service to charge a fee for filming, including commercial, on its land.

Sign of the times: Budweiser is sitting out Super Bowl ad time for the first time in 37 years. Instead, viewers will see its “first-ever corporate Super Bowl commercial which launches a campaign highlighting the company’s commitment to making a positive impact on communities and playing a role in our nation’s economic recovery.” DoorDash and Fiverr are among first-time Big Game ad buyers.

eTurbo News — Tampa’s Raymond James Stadium is a “No Drone Zone” for Super Bowl LV on Feb. 7, 2021. Drones also are prohibited around the Tampa Riverwalk for the NFL Super Bowl Experience during the days leading up to the event. The FAA will establish a Temporary Flight Restriction on game day prohibiting drones within a 30-nautical-mile radius of the stadium up to 18,000 feet in altitude.

Related: That FAA Fine Is How Much? Drones For Dummies

Afar — New presidential executive orders indicate all travelers to the U.S. must quarantine and show negative Covid-19 test. President Biden also reinstated Covid-19 travel restrictions on non-US citizens who have been in Brazil, Ireland, the U.K., and much of Europe, and extending restrictions to travelers who have recently been to South Africa.In addition, there is now a federal mandate on mask-wearing that covers all federal employees plus buildings, and lands for members of the public. This means all in national parks and monument plus airports, airplanes, trains, public transportation, ships, and intercity buses.

Travel Pulse Canada — PM Justin Trudeau says Canadians must forget about vacations for now and warns of tougher restrictions coming this week. Canadian tourism folks are reporting that places are cut off from all service, freight isn’t getting through and there are airports closed across Canada as Air Canada announced another 1,700 layoffs and a 25% capacity cut. WestJet announced 1,000 people would lose their jobs and that lift will be trimmed by 30%.

Germany has announced tougher mask rules that will require wearing a medical-grade mask on public transport, supermarkets, and in shops. From Feb. 1, Lufthansa bans the use of cloth, material, or “everyday” masks inflight. Passengers will be required to wear “either a surgical mask or an FFP2 mask or mask with the KN95/N95 standard” during boarding, the flight and when leaving the aircraft. The advanced face mask trend is catching on fast in Austria, France, Italy and beyond.

Low-cost, award-winning Norwegian Air says bye-bye to North America to focus on its European routes. The carrier had launched 18 new transatlantic routes since it introduced long-haul in 2015.

Trippingly.net – In Coachella Valley, Calif., The largest outdoor arts festival in North America is a maybe in 2021. Burning Man was canceled in 2020. This year? The only news is an announcement of a future announcement. That call is expected by mid-February. A Burning Man Project spokesperson said, “We’ll have more on that in less time than it takes to find your bicycle after a deep playa sunrise dance, we promise. Stay tuned.” Ticket sales account for about $46 million annually; the first batch of 70,000 tickets will be priced at $1,400 each.

In California, Gov. Gavin Newsom lifted the stay-at-home orders (again) and 10 p.m. to 5 a.m. curfew that the state has been under since Nov. 25, 2020. This means that restaurants can re-open for outdoor dining.

The real estate investment trust operator of the Queen Mary in Long Beach, Calif. has filed for bankruptcy. The 85-year-old former luxury cruise liner, docked as a hotel since 1967, has been closed since May.

After 22 years, The Standard on the Sunset Strip in West Hollywood is closing indefinitely. Known for its celebrity clientele and early financial backers, (Leonardo DiCaprio, Cameron Diaz and Benicio del Toro) this property was first in the boutique brand’s group. The Standard in Downtown LA is temporarily closed.

Santa Barbara Independent — In partnership with Santa Barbara Airport and city officials, Visit Santa Barbara courted Southwest Airlines over five years, participating in meetings at its Dallas headquarters and aviation trade shows. In November 2020, VSB hosted a site visit for airline executives showcasing the destination to help cement the deal. Visit Santa Barbara President/CEO Kathy Janega-Dykes, “Following a prolonged downturn in tourism due to the pandemic, they are a bright spot on the horizon.” New routes are bookable now: three daily flights to Las Vegas, one daily flight to Denver, and one daily flight to Oakland International Airport starting April 12, 2021. The DMO plans to contribute a quarter-million dollars to support the new Southwest flights, including a suite of marketing campaigns to attract visitors in each of the cities on the routes announced.

CommonWealth Magazine — Massachusetts Gov. Charlie Baker has signed an economic development bill that enables hoteliers to create the districts and charge a fee up to 2% for tourism marketing. Greater Boston CVB is among the DMOs that have been working for the passage of the legislation. Local coverage indicates that “…Massachusetts collects $513 million annually in lodging taxes but $400 million of that goes to general expenses, unrelated to tourism, and another $103 million goes to the state’s convention centers.”

Wichita Business Journal – The State of Kansas tourism division will move out of the Wildlife and Parks department after 10 years and into the Department of Commerce. The change comes under an Executive Reorganization Order announced Monday by Gov. Laura Kelly and will likely take place on July 1.

Star Advertiser — Hawaii Tourism Authority is in financial trouble. From a 2019 budget of $79 million in Transient Accommodations Tax (TAT) funds plus $16.5 million for the Hawai‘i Convention Center, FY 2020 saw a cut to $41 million and is now expected to be down to $10 million by June 1 unless Gov. David Ige restores some funding,

BREAKING NEWS — (added after publication): VisitDallas announces that Craig Davis, currently President and CEO of VisitPITTSBURGH, has been selected as the organization’s new President and CEO. Davis’ first day in the office is Jan. 6, 2020.

Ty Speer has suddenly departed as CEO of Tourism Vancouver, reports local Canadian press. No reason was given.

A worldwide search is being undertaken by the board of directors. Ted Lee, CFO and director of destination development, will be the interim CEO, Tourism Vancouver announced.

“After five years of Ty leading the organization as president and CEO, we greatly appreciate Ty’s efforts and leadership during this time,” wrote the board in a letter. Read more here.

Jason Dunn, group vice president of diversity sales and inclusion at the Cincinnati USA Convention and Visitors Bureau, was elected to chair the national convention of the National Coalition of Black Meeting Professionals in New Orleans in November.

Under Dunn’s leadership, the organization is broadening beyond meeting planners to include black professionals in the hospitality industry. This shift is a part of a strategy to strengthen national dialogues around the importance of a diverse workforce, inclusive marketing strategies and innovative ways to attract black visitors and retain black professionals.

In Long Beach, Calif. a new ballot measure calls for a proposed additional 1% on the local transient occupancy tax. Long Beach Convention & Entertainment Center is an aging facility that would benefit from half of the increase if voters decide to approve the proposal in March 2020.

President & CEO Steve Goodling, Long Beach Area Convention & Visitors Bureau, Mayor Robert Garcia and city managers are looking ahead to the 2028 Olympics as well as meetings and conventions that attract 1.4 to 1.6 million visitors a year through the facility. Read more here.

John Ricks, executive director of Nebraska Tourism Commission, says he has been working in his current field since “the time of dirt” and has overseen more than his share of ad campaigns during that stretch. However, in an interview, he tells The North Platte Telegraph that this time was different. “Nebraska. Honestly, it’s not for everyone,” became an overnight sensation, prompting The Late Show TV host Stephen Colbert to ask, “Nebraska, are you OK?” What was the campaign response like? Read the interview here.

Related: Nebraska Shakes It Up With Hilarious New Campaign

Quick, what comes to mind first when you hear “Bellevue, Washington”?

Did you know it’s “America’s fourth best city for bleisure*,” right across Lake Washington from Seattle and just down the road from Microsoft HQ. [*Matador Network]

425 Business, a monthly regional magazine, follows a day in the life of Brad Jones, executive director of Visit Bellevue, in which we meet his team, his Jeep and his kayak. Read more here.

The 131st Tournament of Roses and the 106th Rose Bowl Game will kick off in Pasadena, Calif. on Jan. 1, 2020. More than 800,000 witness the Tournament of Roses in person and Visit Pasadena is ready. For the 36th year, the Pasadena Convention & Visitors Bureau will offer a free service to anyone who’d like to pick up a phone and ask a question.

Hear this: Amazon Alexa is about to get emotional. The voice will soon respond to queries with a more human tone of voice, for example, sounding disappointed if you ask for the score and your favorite team has lost the game. Did your team win? She does excited as well…Click here for a couple of (funny) voice samples.

On Thanksgiving Eve, London Heathrow teamed up with Whole Foods to surprise U.S. travelers with pumpkin pies in wicker baskets rolling along the luggage carousel at baggage claim.

Ambassadors were on hand to help out, offering a dollop of whipped cream on top.

Apply now…”The Firm” needs a hand. The British royal family has posted a new job opening: Director of Royal Travel. The position will pay approximately $109,000 per year and involve organizing transport for the royal family, scheduling trips on the Royal Train, and helping coordinate official state visits.  The job requires working 37.5 hours per week, and applications are due by December 20.  [Source: Harper’s Bazaar]

–> Recent past weekly editions of The Travel Vertical have more job listings here and here. 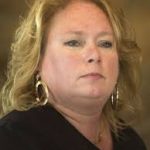 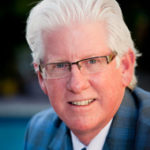 Bill Talbert, president and CEO of Greater Miami Convention & Visitors Bureau has been appointed chair of Visit Florida effective July 1, 2016. Talbert has served as a leader in the region’s tourism industry and its GMCVB for more than 20 years. In May 2013, Talbert was named to the U.S. Travel and Tourism Advisory Board. He has been awarded many accolades for excellence in tourism, reports an article in South Florida Business Journal, seen here.