Destination Inspiration — Steal the look, indeed: Why not dress like a destination? Here’s some good-looking, unexpected destination inspiration from Downtown Las Vegas and Utah Tourism.

Welcoming visitors to the City of Las Vegas at the corner of Las Vegas Boulevard & Main Street, each of the newly installed 50-foot-tall shimmering showgirl signs weighs 6,800 pounds. Full-color twinkling LEDs on their headdresses are more than five feet tall and six feet wide.

The retro-style showgirls that light up nightly at dusk are expected to be a permanent downtown fixture alongside sculptures of dice and a roulette table. The weathered 25-foot-tall showgirl signs installed in 2018 are being restored and moved to the Arts District.

Utah Office of Tourism writes: “It’s called fashion, baby. 😎 ⁣ Inspired by our own Instagram and friends at Zion National Park, we’re sharing a few unique Utah looks you can steal to elevate your style and take some local flavor home with you.⁣ ⁣

Our first look comes from one of Utah’s most understated beauties: cryptobiotic soil crust. Crypto soil provides important nutrients that help desert plants grow. Mirror its look with a rust orange gown and flora-inspired accessories that scream ‘bust a move, not the crust.’ ⁣

If you’re looking for a little more drama, look no further than the Bonneville Salt Flats for inspiration. The Flats are all about that big and bold style. Accessorize with racing flags to nod to the iconic Bonneville Speedway, and don’t forget to add a pinch of salt. ⁣

This next look will take you straight from desert to dessert. Slip into your sundae best with a chrome night-on-the-town pantsuit inspired by “The Sink,” a local fave from Angies in Logan. You’ll look pretty clean, if you know what we mean. ⁣ ⁣

Our last fashion ‘inspo’ is truly the moment. Hailing from Vernal, Dinah the Dinosaur has been eyelash goals since 1958. Rock her look with a black lip, sky-high falsies, and black stiletto nails to remind everyone that style, uh, finds a way.”

Past attendees at eTourism Summit have been treated to some of Jay’s truly innovative approaches to the digital DMO space.

One CMO commented, “I was really fascinated by what Jay Kinghorn has been doing in Utah with very advanced testing of their content and applying neuroscience to it…that is really something I want to go into in more depth, for sure.”

Jay Kinghorn is Associate Managing Director, Utah Office of Tourism. We are pleased to publish his responses to our six questions in the series, “Thought Leaders See Tomorrow” featuring members of the eTourism Summit Advisory Board.

Q: Digitally speaking, what keeps you up at night?
A: The complexity of digital campaigns continues to increase. From tag management, site performance, creative experiments and optimization of the media buy, there are many factors to manage with a relatively small staff.

Q: What will the successful DMO model look like in five years? What are its main differences to the current model?
A: I believe DMOs have the opportunity to help visitors fall in love with their destinations. This is more than marketing and providing information to deliver exceptional customer service, personalized travel itineraries, prompt answers to questions and the ability to connect new visitors with experienced, repeat visitors to help visitors feel confident in their travel planning.

Q: Where will DMOs be able to add value? And especially, how can we create trust and deliver on it?
A: DMOs are really the only entity a traveler interacts with while planning their trip that isn’t motivated by a profit margin. Our role is to champion our destination and that gives DMOs the freedom to put the visitors’ needs front and center in how we orient our services, content interactions with travelers. That is the way we will build trust with our visitors and increase our relevancy in the travel planning process.

Q: Outside of travel, which marketing work impresses you and are there lessons that can be applied to tourism marketing?
A: The most meaningful marketing campaigns I’ve seen recently focus on the emotional connections between people and the innate desire to belong to a community, whether that is a small, niche audience or being an informed global citizen. Two of the Super Bowl ads from this past weekend that stood out, Coca-Cola and Google, emphasized shared values and the connections that are common across cultures. There is opportunity for tourism marketing to highlight the connections made through travel and the transformative power of new places and experiences.

Q: Looking glass: What will the digital travel marketing landscape look like five years from now?
A: I don’t know that anyone can predict how the marketing landscape will change in five years. However, I do believe that the trends having the most impact on the next five years will be digital privacy & tracking, expansion of voice interfaces and the state of the economy. With those trends in mind, I suspect the most valuable attributes for marketers will be adaptability and resilience.

Q: How can data drive better creative?
A: Data (qualitative and quantitative) can provide the kernel of insight to focus the creative process and direct it toward a specific consumer need. Data can also winnow out creative that doesn’t connect with the audience, helping to improve the overall performance of a campaign.

Greater Boston Convention and Visitors Bureau‘s board of directors has been searching across the USA for a new COO who could become a candidate to head up the bureau when 27-year veteran leader CEO Patrick Moscaritolo eventually retires. Moscaritolo, 73, says he’s not going anywhere. The board hopes to have the new COO in place by the end of summer.

Following 10 years in the post, Kurt Burkhart retired on May 1, 2018 as head of Charlottesville Albemarle (VA) CVB. Prior to joining the CVB in Charlottesville, he was Executive Director of the CVB in Carlsbad, Calif. for eight years.

Congrats to Jay Kinghorn on his promotion to Associate Managing Director at Utah Office of Tourism. Previously Director of Communications and Digital Strategy, Jay’s expanded responsibilities include oversight for consumer marketing in six international markets along with domestic digital channels, public relations, website and publications. In 2017, Jay received MMGY Global’s inaugural Peter Yesawich award for effective use of data and research to achieve marketing excellence. Jay’s presentations and moderating at eTourism Summit have been a big asset for our community.

Leah Chandler has just made a move from CMO at Missouri’s Branson/Lakes Area Chamber of Commerce and Convention & Visitors Bureau to become Chief Marketing Officer at Puerto Rico Destination Management Organization. Leah is a 16-year pro in branding, advertising and marketing with emphasis in the tourism and hospitality industry.

Stanford Smith
is Integrated Marketing Manager at Detroit Metro Convention & Visitors Bureau, responsible for telling Detroit’s story on social networks with compelling original content. Stan is the founder of Pushing Social, marketing strategy and content marketing provider to small and medium-sized businesses, and co-author of “Born to Blog.” Stan recently talked to The Travel Vertical about conceiving and producing “Eats in the D,” a new YouTube foodie channel for Metro Detroit.

Jeffrey Vasser has been appointed executive director of the New Jersey Division of Travel and Tourism succeeding Jake Buganski, who had been acting executive director until joining a marketing and advertising firm in Philadelphia. Vasser accepted the job just weeks after he taken over as director of the Central Pennsylvania CVB. Before joining the latter, Vasser served as director general and CEO of the Caribbean Hotel and Tourism Association and as president and chief operating officer of the Atlantic City CVA.

Charles Hill II has been named vice president of strategic development for Experience Columbus. He joins the organization from Rev1 Ventures, where he served as director of community outreach. Previously, he was senior relationship manager with United Way of Central Ohio.

eTourism Summit is looking for the biggest bombs.

eTourism Summit is rewarding the best lessons learned and shared with the eTS community. Was it a digital campaign, website, video or social media content that missed the mark big time? Can your failed efforts be best described as a challenge, flop, dud, disaster, fiasco, or a bomb that went south? 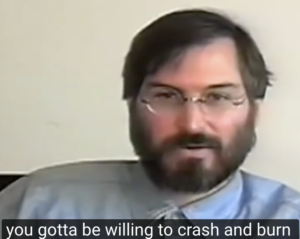 We believe the eTS community will greatly benefit from DMO digital failures as well as the successes that are presented every year. Beyond what went wrong, we want to know what lessons were learned. Share your DMO experience for a chance to win a $1,000 cash reward or equivalent credit toward eTourism Summit registration.

“We want to encourage attendees to try things that are new,” said Jake Steinman, founder of eTourism Summit. “Those who are first to try new software systems or new campaign ideas often fail, but after doing so, I’ve watched them grow away from the learning that invariably comes from failure.” 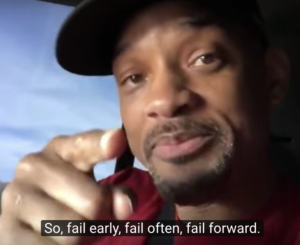 Don’t take our word for it. Here’s a brief video about why Will Smith wants you to fail.

In anticipation of potential internal politics we curb any media attendance and offer the presentation formats depending on your organization’s level of sensitivity.

If you’re happy to show your face as the face of failure, go for it. If there are issues, just tell us your compelling story without the A/V. And for the most sensitive situations, we supply the disguise. 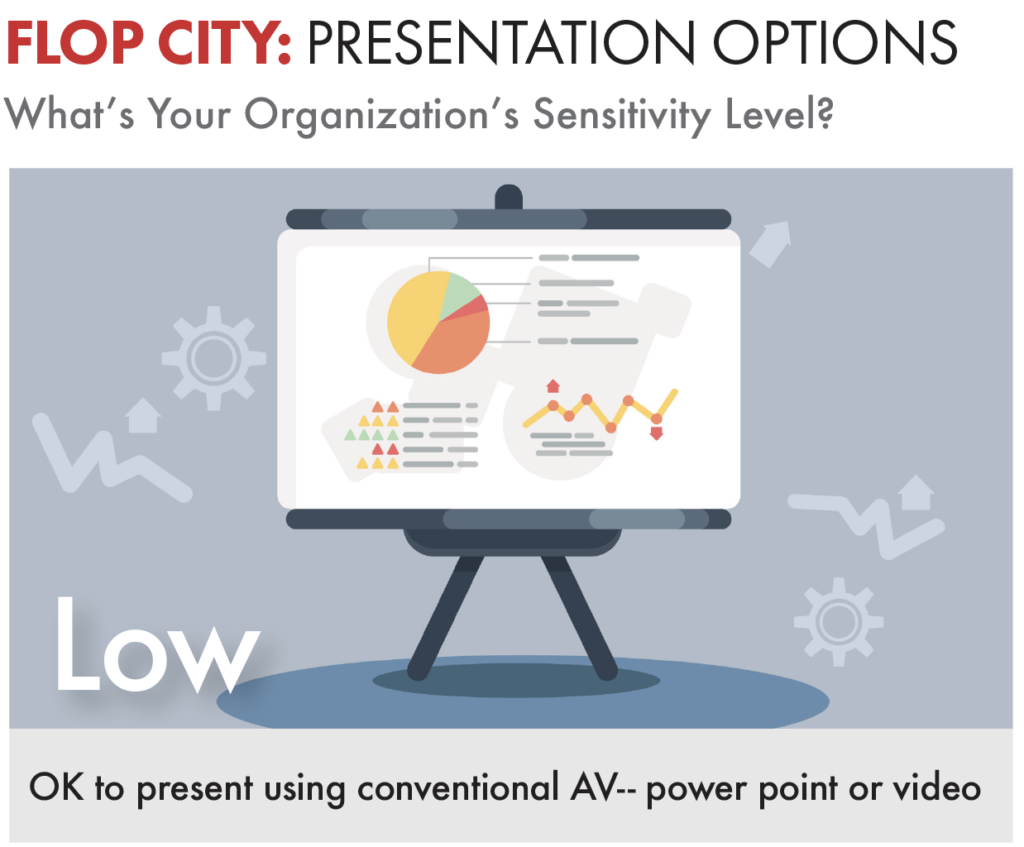 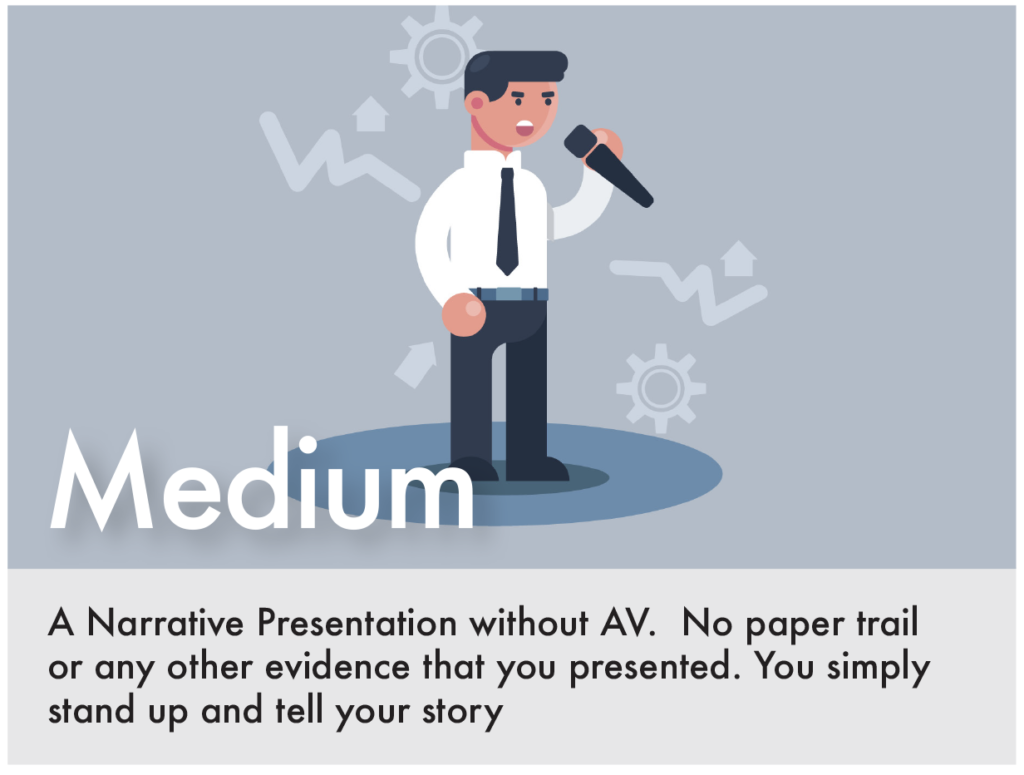 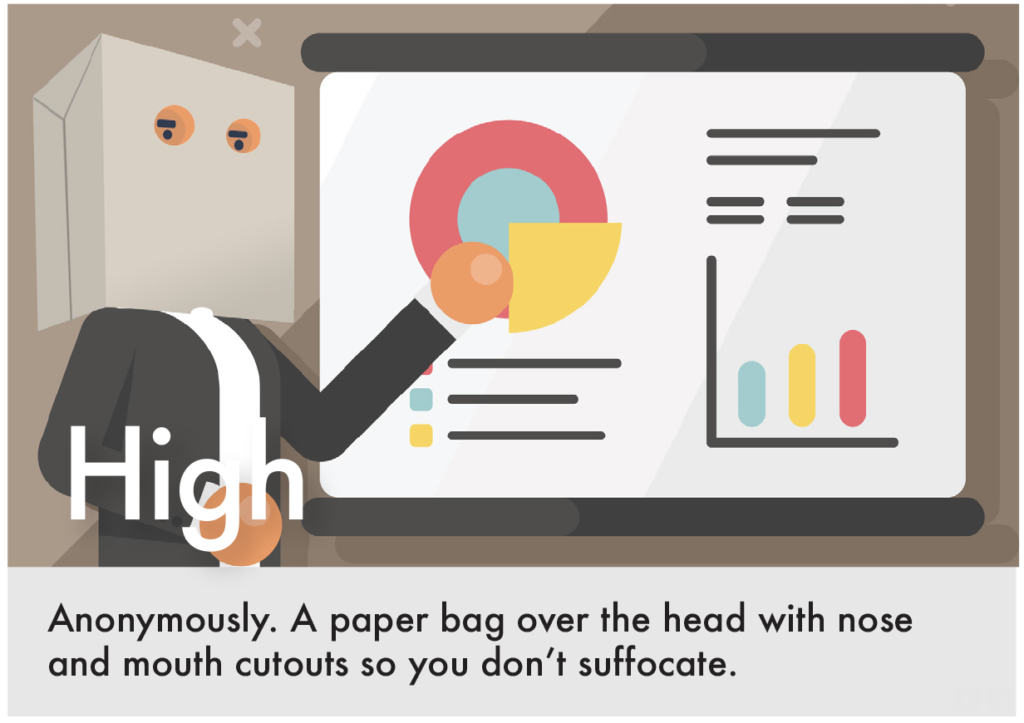 Ideally, contact us during The Listening Tour (through June 7) at [email protected]. If your submission is a “still in progress” failure, communicate your interest and we’ll hang tight.

Wondering about who should attend eTourism Summit for the networking and educational insights? Here’s Jay Kinghorn, Associate Managing Director, Utah Office of Tourism in a 20-sec. video clip from last year’s eTS on the benefits of registering additional staff to attend, seen here.

Interactive sessions, personal career coaching, and website demos are on the agenda for eTourism Summit 2017. Register (open to early birds, too) and drop us a note if you want to jump in…first-come, first-served basis.

Are you ready to get strapped in for 20 minutes? Biometric sensors for synched eye tracking, electroencephalography (EEG) and galvanic skin response (GSR) take the guess work out of measuring consumer response. Be a guinea pig for the sake of your website…let’s see what happens when we open it and plug in the sensors.
Sign up in advance. First-come, first-served personal demos of this new technology that mixes science, marketing, and consumer experience are available at eTS on request, thanks to Dale Jolley, Director, UVU Vivint Neuromarketing SMARTLab and Professor of Marketing at Utah Valley University.

2. How Navigable Is Your Mobile Website: Drunken UX Testing

Tipsy consumers are generally considered to be the ultimate test of usability of a mobile website. The idea comes to us via www.theuserisdrunk.com, a popular UX expert who tests websites while he is fully wasted and then sends a complete report on ease of usability to those brands.

Our eTS version takes place during the opening reception. Here’s how it will work:

We’re recruiting three attendees who wish to have their mobile sites tested and three volunteer attendees who will test each site once they’re over the legal limit. Yes, essentially, it’s an eTS interpretation of a DUI stop.

Each tester will have three minutes in which to perform five navigational online tasks and those who succeed will receive a $50 prize and no jail time. Everyone is welcome to observe the Drunken UX Testing Session.

3. How Transferable Are Your Skills: Personal Career Coaching Sessions

Once again, thanks to Jane for generously donating her time to discuss goals in confidence with eTS delegates. Sign ups are required; first-come, first-served.