WFH means “work from home,” except when it means “work from Hawaii.” ‘Work From Hawaii’ got into the ‘New York State of Mind’ with its key messaging, targeted smack at big city dwellers who burn the candle at both ends.

Workaholic New Yorkers in six key industries (for six Hawaiian islands) were targeted at places where they’re typically found—from LinkedIn to WeWork offices—to apply for a working residency in a competition that encouraged them to work from Hawaii for a week. Naturally, highlights of the winners’ visits were shared with peers in these businesses via social platforms.

Everyone in NYC was talking about it. Some 2,000 New Yorkers applied, 300 media outlets carried the news, uplift in organic travel inquiries was up 53%, and earned impressions numbered 505,887,039.

The campaign from Hawaii Visitors & Convention Bureau with partner Edelman is a Shorty Award finalist (on May 5, 2019 in NYC), honoring the best of social media. It’s awesome. Read more details and see the video here. 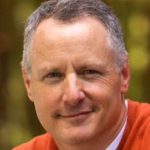 Matt Stiker is SVP, Digital Media/Adobe Creative Cloud at Edelman in the San Francisco Bay Area. Matt, a past speaker at eTourism Summit, has most recently been with CityPASS and San Francisco Travel Association. 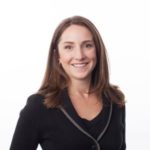 Carrie Tomlinson has joined the Boulder Convention and Visitors Bureau as Digital Marketing Manager. Prior to joining the Bureau, Carrie was an Account Manager at Miles Media. 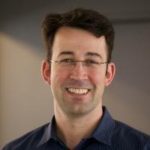 Carl Livadas has been appointed as the new VP of Data Science at Sojern to expand predictive analytics capabilities and optimization strategies. Carl holds a Ph.D. in Computer Science from MIT and has held high level engineering, data science,  and optimization roles at Nanigans and Kayak. 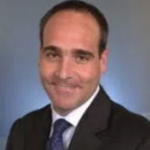 Mike Testa, the current chief operating officer of Visit Sacramento, has been named president and CEO. Testa has been with the organization since 2001. He will take over as CEO on July 1, following the retirement of Steve Hammond, who has been with the bureau for 18 years.

Kristen Wenger has been promoted to the post of director of communications at VisitPITTSBURGH. Kristen is a longtime Pittsburgh fan, having  joined the bureau in 2000 as public relations liaison.