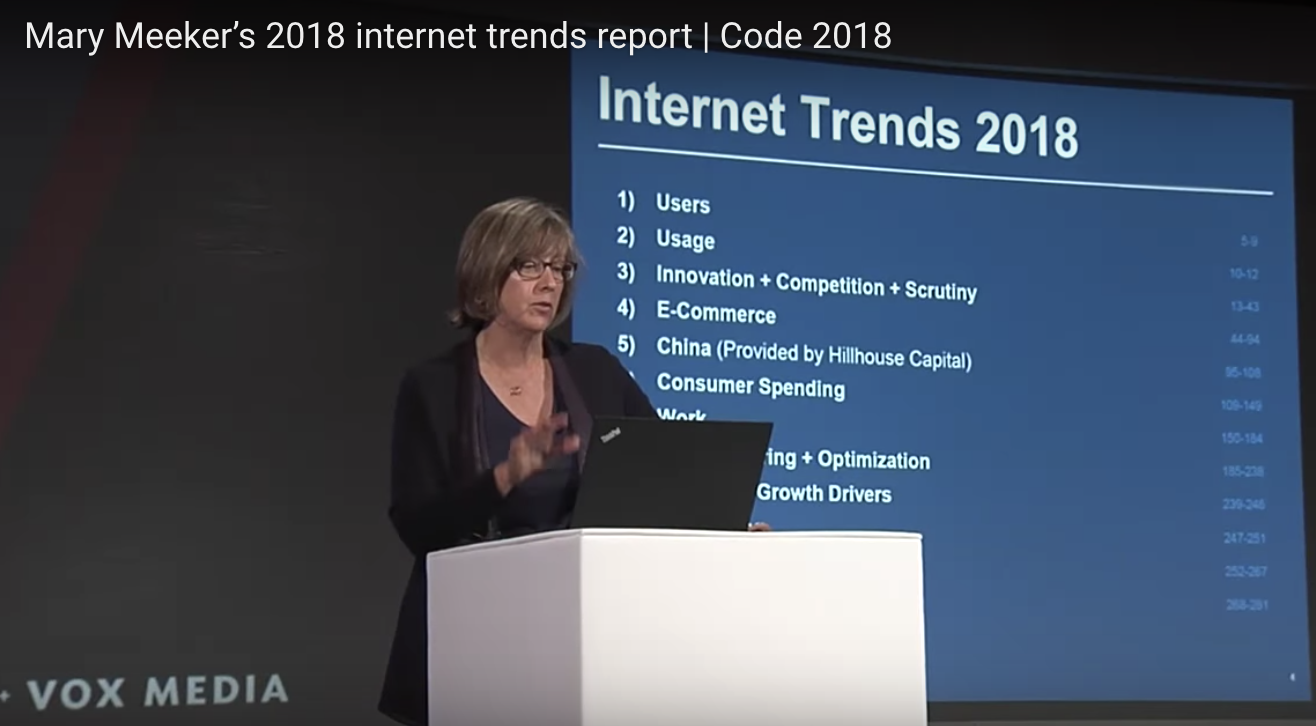 Known for always being ahead of the curve, the extensive report uses data to identify business-related trends. It’s a detailed snapshot–294 slides–on the future of the internet, a place where more than half the world now spends a lot of time.

Some of the highlights:

Get the whole presentation here.