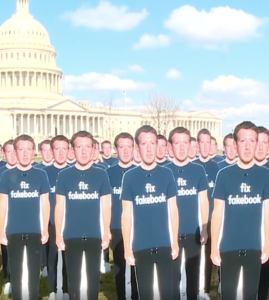 This study was done before that news of the Facebook data breach broke. Young people’s trust in the company is possibly less prevalent now, which “doesn’t bode well for its future,” reports Axios. It’s not much better with Twitter.

How often do you trust Facebook to do the right thing?

Seventy-one percent of young people ages 18-29 don’t trust Facebook to do the right thing, per a new Harvard Institute of Politics poll. (Click through for responses including Google, Amazon, Twitter, Uber and more.) 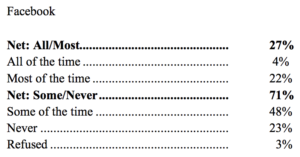