In their latest earnings call, Facebook admitted that 185 million U.S. and Canadian users leaves little or no room for growth, according to Bloomberg. Among teens, 95 percent have a smartphone, 45 percent are online nearly constantly, and only 10 percent say Facebook is their preferred platform. 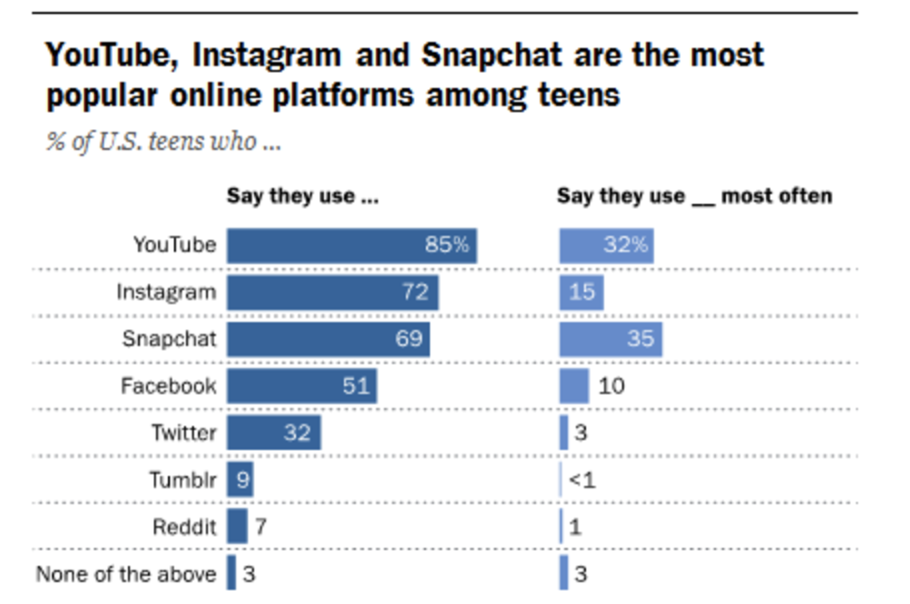 Facebook is no longer the dominant online platform among teens

In a new Pew Research Center poll among teens, Facebook use took a nose dive to fourth position.

(Don’t feel bad, though. Bloomberg reports that current U.S. advertising revenues at Facebook stand at a “staggering” $23.59 per user per quarter.)