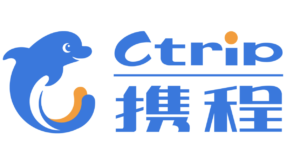 — The partnership gives Ctrip global reach and equips both Ctrip and Big Bus Tours with the opportunity to pursue marketing opportunities that would otherwise not be possible. For instance, Big Bus Tours can leverage its connection to Merlin Entertainments¹—it is the world’s second largest attractions operator, behind only Disney, with such well-known brands as Legoland and Madame Tussauds—so that the partnership can package and sell all components of a travel holiday, both to and from China.

— Underscoring the latter point was Ctrip’s launch, just prior to the announcement of its Big Bus Tours partnership, of Trip.com. This is a new website that debuted after Ctrip had acquired the site, a travel recommendation service formerly known as Gogobot. There seems to be a belief among tour and travel industry observers that Trip.com will be a version of Ctrip for business outside the Chinese-speaking world.

— The Ctrip-Trip.com news came just about a year after Ctrip’s November 2016 acquisition, for $1.75 billion, of Skyscanner, the Edinburgh, Scotland-based fare comparison and meta-search site which has a strong presence in Europe, but also has offices in China and the U.S.

—It was a busy month last year as, at the end of October, Ctrip signed partnership agreements with L&L Travel Enterprises, Ctour Holiday, (formerly Seagull Holidays), a Los Angeles-based receptive operator that has China’s largest Visit USA market share on the West Coast; and Tours for Fun, a Los-Angeles based OTA that focuses on the Chinese market. That agreement gave the trio of U.S.-based companies access to Ctrip’s more than 250 million online users.

A Different Bottom Line: As Ctrip becomes more of a global market force, its management practices have become somewhat of a new standard, relying as they do on scientific practices in its decision making. One example of this was its use of a randomized control trial the company ran on telecommuting. Given the uncertainty over the impact of telecommuting on company profits they decided to rigorously evaluate its impact before making any management decisions. Ctrip conducted an experiment on 242 employees, sponsored by professors at Stanford University and Peking University. The experiment found that employees randomly assigned to work at home for 9 months increased their output by 13.5 percent versus the office-based control group, and their turnover rates fell by almost 50 percent. Adding in the savings from cutting office space telecommuting was found to have substantially reduced costs, leading Ctrip to roll this practice out across the firm.[12]

¹ In February 2016, Merlin invested $34.4 million in Big Bus Tours for a total participation of 15 percent in the company.