This fiscal year the city expects to collect $23 million in room tax revenue, an increase of 11% over the prior year. West Hollywood welcomed approximately 1.3 million visitors, supporting 5,500 tourism-related jobs. In 2014, VisitWeHo restructured to form a tourism business improvement district, providing increased funding for tourism marketing. Kiely replaces Brad Burlingame, who served in that role for nearly 20 years until his passing in December.

From Inbound Report: DMO veteran Brian Said moves from executive director of tourism at the Philadelphia CVB to vice president of global development for Choose Chicago.

Said has served at the Philadelphia bureau since 2013 following more than six years as director of travel trade development at the San Diego Tourism Authority.

David Whitaker, formerly Brand USA (previously also the top chief of Tourism Toronto and EVP and CMO at the Greater Miami CVB), accepted the post of CEO at Choose Chicago in June [Something Brief, 6/21/2016]. 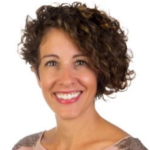 In news from the agency front, Development Counsellors International announces the appointment of Michelle Bamford to lead its Toronto office. Bamford has worked with worked with the Canadian Tourism Commission at DDB and in-house for Walt Disney Parks and Resorts (Canada).

Are there changes in your area? Send us your latest news for sharing here.