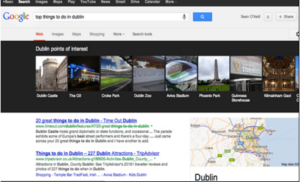 Try the same search on mobile and see what happens.

Trips, is Google’s latest mobile-based destination guide and trip concierge which has now been released to beta testers. Together with Destinations, launched in March, Google claims to be smoothing out travel-related mobile searches on-the-go by including real time weather, bookable hotels, airlines, and more. Observers say watch for the two apps to be integrated as Google grabs the “micro-moments” that have re-defined users as “always on.”

“So instead of jumping between a dozen links or tabs to get the information you need, you can sit back and scroll—and leave the heavy lifting to us.” 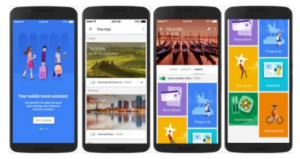 Here’s the Google video and a summary by Tnooz.