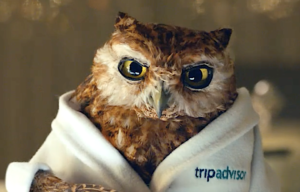 The owner of a business writing fake TripAdvisor reviews has been jailed in Italy for nine months in addition to a fine of about $10,000. The company tried to sell more than 1,000 positive reviews to Italian businesses.

This is the first time such a case has resulted in jail time.Brad Young, VP, Associate General Counsel, TripAdvisor, said: “We see this as a landmark ruling for the Internet. Writing fake reviews has always been fraud, but this is the first time we’ve seen someone sent to jail as a result.”

People You Know (and Someone You Don't) Are On the Move
Update: Speaker Lineup and Attendees for #eTS18