Yes, it can be difficult to come up with great destination branding. The sublime appeal of “I Love New York” isn’t often achieved.

In Australia’s Northern Territory, also known as the NT for short, some rogue individuals have come up with this politically incorrect tagline. They’re suggesting that we all make NT our next travel destination, and tell our mates: “CU in the NT” and buy a T-shirt or two. Officials claim they’re not behind the campaign, according to the local newspaper report. But if attention is their objective, mission accomplished. 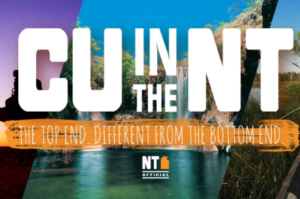